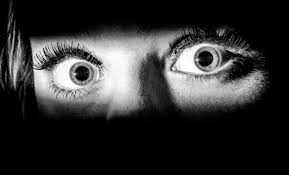 Australia, like any country, could always be under the threat of a terrorist attack – that goes without saying. Yet the upgrading of Australia’s terror alert status to ‘high’ is convenient for the government – and the cynic in me says that the biggest winner out of a heightened state of fear is Tony Abbott himself.

Fear of the unknown, and the ongoing presence of an unknown but potentially real threat, presents leaders with the chance to assure the masses, to be their commander in chief and protector of the realm.

Step up Tony Abbott. After a horrible few months struggling to sell a difficult budget, the Prime Minister is now standing firm as we prepare to defend ‘Team Australia’ from the threat of the unknown.

Of course Australians should be vigilant and as a nation we cannot not take the threat of extremism in any form lightly – and the actions of the Islamic State are insidious, appalling, and evil. Yet nothing creates the image of a strong leader or a strong government like a crisis that ushers the masses neatly behind them as they stand to defend the values of their countrymen and fight for their way of life.

For Abbott, a politician who has built a career as a pugilistic attack dog, is at his best when there is something out there to oppose, something to save the people from. Prior to the last election, it was Labor’s incompetence and Julia Gillard’s carbon tax, but now as Prime Minister, it’s Islamic extremism and the threat of a terror attack on Australia’s shores.

Abbott the boxer, Abbott the statesmen – he loves a fight, and this situation plays neatly into his hands. When Australians are talking about terror threats, they are no longer talking about Joe Hockey’s budget or a minister’s gaffe. Instead, they listen intently when their leader talks about a threat that could endanger their way of life or their very life, and they almost admire their Prime Minister for standing up in defence of their very person.

You see, fear and ever-present danger are a gift for a politician, whether they sit on the left or the right.

Our collective reason is our best defence against extremism