Our collective reason is our best defence against extremism 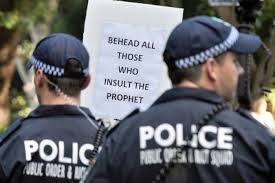 The Islamic State trades in fear, and if we collectively respond with fear, anger and hatred, we give them exactly what they want.

It’s easy to be appalled by the revelation that a group of home based extremists planned to behead an innocent Australian in Sydney’s suburbs. It’s also easy to be appalled when the world media reports the shocking execution of an aid worker in the Middle East. Of course we’re appalled. It goes against everything decent in humanity.

Yet what about our response? Do we use our reason and logic, and conclude that this is an extreme, radical wing that has bastardised an otherwise peaceful religion? Or do we treat all members of the Islamic community with suspicion and tar them with the same brush? In our response to extremism, do we resort to the same hate that fuels their cause? Let us not respond to extremism with our own vengeful version of it.

We assure ourselves that our country is open, tolerant and diverse, yet our fear and our anger has the potential to bring out the worst in us, and so it has this week. In response to the terror raids in Sydney and Queensland, a string of anti-Muslim sentiment has emerged. A backlash of hate crimes have followed, including graffiti on mosques and on homes. Some Islamic students have been spat on at train stations, by adolescents that hear pockets of negative press about Muslims and feel that it’s their right to take the issue upon themselves. While community anger is understandable, hatred against innocent people is not.

This is exactly what the Islamic State wants. A divided Australia suspicious of Muslims inevitably makes young, disenfranchised Islamic people feel like outsiders in this country, and all of a sudden the Islamic State’s message about the evils of the West and the virtues of taking up arms against it starts to hold weight. In our hate, we confirm their message.

Why do you think they post videos of decapitating innocent people? They want people to be outraged. They want to inflame anti-Islamic sentiment in the West. As Malcolm Turnbull correctly stated yesterday:

“What do the terrorists want us to do? They want to get the community to demonise the whole Australian Muslim community. Those people who want to attack Muslims in general, attack Islam in general, are doing the terrorists’ work. Because the strategy of the terrorists is to enrage the broader community (to attack Muslims) which will cause the Muslims to join the extremists…We must recognise that the vast bulk of Muslims here are good, patriotic Australians, and we must get our arms around them, because they are our best allies in the fight against extremism.”

Can we really be surprised that some young, idealistic Islamic youths struggle to ‘live our way of life’ when they are made to feel unwanted in the community?

Our best defence against extremism is our reason and our tolerance. Reason: understanding that a minority of fanatics is not representative of an ancient religion followed by millions and millions of people. Tolerance: living up to the diverse and peaceful Australian ideals we have built this country on, and thus not giving substance to the messages of those who wish to destroy it.

We as a community have a responsibility to look to our best selves and not react emotionally despite provocation. Meanwhile, the Islamic community needs to be active in condemning the actions of those that have tarnished and butchered their religion. In my view, they lack a charismatic leader, or spokesperson.

Is the Apple iCloud dodgy?