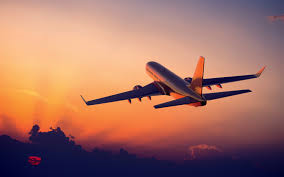 In recent weeks you would be forgiven for developing a new apprehension for flying – given the news about the vanishing Malaysian Airlines Flight 370, the shot down flight 17 over Ukraine, and most recently, Air Algerie’s Flight 5017 crash in Mali.

It goes without saying that the above incidents are tragic and obviously deserving of worldwide media coverage. However, for those of you who may be thinking that aviation is experiencing some sort of safety crisis that’s out of the ordinary, think again.

These numbers may surprise most of you. The fact is that every year, there is an average of about six plane crashes and over 70 accidents of some sort. Yet given that the global aviation industry conducts more than five million flights per year, we can conclude that these numbers are very modest.

Obviously, every accident is one too many, yet people should take comfort knowing that the odds of dying in a plane crash are still one in eleven million, according to David Ropeik, risk communication instructor at Harvard University. Compare that to car accidents, where the odds are one in 5,000.

Since the missing Malaysian Airlines flight, aviation has been firmly in the global media’s focus – so we can expect any story related to flight accidents to garner maximum coverage. It’s fair to say that we normally would not have heard about Air Algerie’s crash in Mali on Friday had it not been for the recent disaster in Ukraine. For instance, in November last year, 33 people perished on a Mozambique Airlines flight that crashed in Nambia. I sure didn’t read about this one.

The fact is that media outlets set the agenda, and us citizens gobble it up and enhance the narrative. Consider even the global AIDS Conference last weekend. During the week a number of outlets released a story about 200 people who required HIV testing after they came into contact with a healthcare worker who had recently been diagnosed with the virus. It was no coincidence that this story appeared in the week prior to the conference – it was simply an editor searching for a story related to the issue so as to prepare the agenda for the coming week’s coverage of the conference. Warming up the masses, you might say.

So if you have a flight booked for later this year and all of this talk about airline safety and disasters is freaking you out, don’t stress. In fact, accident rates during recent years are at record lows, according to the International Air Transport Association. No doubt, there will be a few more unsavoury stories about airline incidents during the coming months, but just remember, similar incidents most likely occurred during the same time last year. It’s just that this time, the media chose to tell you about it.

100 years since WW1, peace is threatened not by countries, but from what is hidden in the shadows