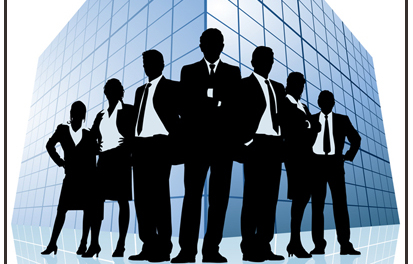 Tell me, can you name one great leader that Australia has had? Is there an Australian leader, be it political or otherwise, that instantly springs to mind when we use the word ‘great’? To be honest, I struggle to find a name.

When you look at other nations around the world, there is often a prolific leader that comes to mind. We can argue about the merits of their ‘greatness’, yet their name has survived the history test and become entrenched in their respective  national psyche.

Germany: Otto Von Bismark, Adolf Hitler (of course, prolific for all the wrong reasons, but great does not necessarily mean good)

You get the picture. Rightly or wrongly, the names mentioned above belong in a league of extraordinary gentlemen, or women. There’s many other names I’ve left out, but those mentioned above are not only well known in their respective countries but throughout the world.

Now think of Australia. Is there anyone, really, who would even come close to the prolific people mentioned above? I really doubt it. I mean, we have had leaders who stand out, but could they be considered ‘great’?

Robert Menzies stood for nineteen years as this country’s Prime Minister, yet his face might pop up only once or twice in any Twentieth Century textbook. Gough Whitlam has his own collection of admirers, and John Howard earned the begrudged respect of many during his near eleven years in office. But great?

What about the earlier leaders? Arthur Phillip? Lachlan Macquarie? Henry Parkes? I’d bet that many people would stare back blankly and ask the question: who? The same might be asked of this country’s first Prime Minister, Edmund Barton.

So, I’m struggling. I know that Australia is a young country and does not have the benefit of time in history, yet it’s interesting that not one obvious name comes to mind. Not one.

I hope that one day Australia will see a leader who leaves his or her mark not only on this nation’s history, but potentially the world’s. A leader that people from other countries will recognise as a great icon.

But how to get great leaders? We complain about the current crop and we repeat the same old, tired lines: they’re all useless. You can’t trust ’em. They’re all the same. Bloody liars. Yet on the same token we scoff at the very suggestion that might actually attract better quality people to the nation’s capital: money, and lots more of it.

Our Prime Minister earns $495,000 a year. Sure, most of us would not complain about this six figure salary. But let’s take a careful look at the fine print in the job description:

Needless to say, it’s a thankless role. 50 percent of the population will likely detest the leader of any political colour no matter what they do, and most often, the job will end with the ignominy of defeat at the hands of millions.

Why would a talented, charismatic, intelligent individual choose the public spotlight when they could utilise their skills in the private sector and pocket a neat seven figure salary per year?

Now before anyone even mentions it, there is of course the generous superannuation and the gold pass flights our pollies have treated themselves to over the years. Like most voters, I believe these entitlements are without merit, and they do politicians no perceptive favours in an already highly sceptical and suspicious electorate. Taxpayers should not have to fork out money for people when they are no longer in parliament. However, while they’re in the job, I think it’s fair enough that they be remunerated generously.

There is also the other counter argument that we want to be attracting people with altruistic minds who don’t see money as the end value in everything. Fair enough, we do want people who care about their local communities and the wellbeing of their country to run for office. But we can’t turn around and complain about the calibre of our leaders and expect the best when we are not prepared to pay them accordingly. Shouldn’t we be prepared to reward duly those people prepared to sacrifice their private life for the better of their country?

Politicians of any colour enter the parliament with a common goal: they each have their own ideas on how to make the country better. In their own way, they’re all altruistic. They are people who have dedicated their time to serving us, and like other noble professions who serve the community, they deserve our respect even though their performance might not always live up to our standards.

We are a strange lot sometimes. We complain about our political leaders, yet fail to recognise that comparative to other nations around the world, they’re doing a fair job. We complain about them, but then we don’t want to cough up the dough that might attract better quality applicants to the job.

So if you are not satisfied with your lot and you look at our current politicians and despair: as the old saying goes, you get what you pay for.