The response was as swift as it was predictable. The usual hyper-feminist brigade who get high on moral outrage have been at it in droves this week, voicing disgust and calling for boycotts of Game of Thrones after the latest episode’s rape scene, depicting Sansa Stark being violently abused by her new husband, the vile Ramsay Bolton, while Theon Greyjoy is forced to watch on.

Confronting viewing, no doubt. But should we not be accustomed to the level of violence Game of Thrones dishes up week after week? Have we not seen our fair share of head crushing and bodily mutilation to shrug our shoulders and pass it off as another day in Westeros? We have, but here’s the difference – the victim on this occasion was a woman, and thou shalt not go there when the Twitterverse and blogosphere are armed with their keyboards at the ready.

There was little outrage when Oberyn Martell had his head crushed by the bare hands of Gregor Clegane. We also didn’t hear much when Theon Greyjoy was brutally tortured by Ramsay Bolton episode after episode, culminating in him losing his manhood to become one more of the many eunuchs in the series. There was also little commentary when Daenerys Targaryen was complicit in her brother’s death via the pouring of molten gold over his head. In fact, this was received as part of her road to empowerment. 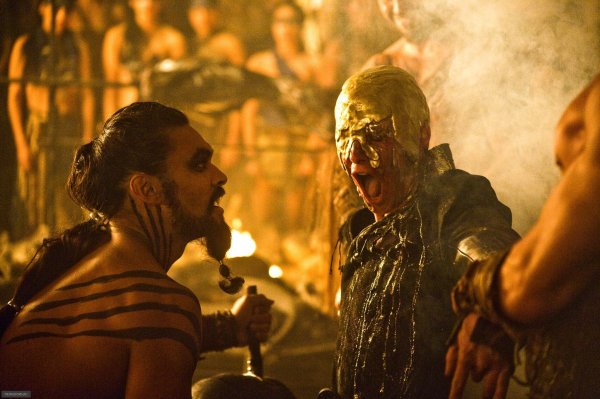 Violence is part of the show, hence its R rating. Intriguingly, that recognition was lost this week in a wave of moral outrage. It’s not the first time the show’s producers have sent the pearl parade spinning. You only have to google ‘Game of Thrones Sexism’ to find a plethora of blogs and opinion articles criticising the show for its supposed sexism. I find this astonishing.  In my observation, the female characters are usually stronger than the men!

There’s Daenerys, a woman releasing her inner strength episode by episode, breaking free of the clutches of men and pursuing power for the very fact that she believes it is her right. There’s Brienne of Tarth, a woman who rejected the dutiful role of being a lady to pursue her own path as a warrior, and a brilliant one at that! One only has to witness her scenes with the incompetent Podrick to see that the power balance is most definitely in her hands. What about Arya Stark? A young girl so fiercely independent and determined that fear is something unknown to her. One also sees strength in Margaery Tyrell, who uses her femininity as a source of strength in both her marriage to Joffrey and Tommen. Speaking of the Tyrells, what of Olenna Tyrell, the resolute matriarch of the family and the guiding force of those near her? We could also mention Ygritte, Missandei and Melisandre. 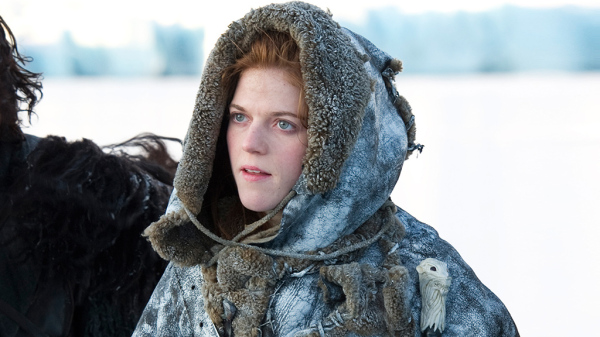 Which brings us to the men. The show might, at face value, depict a patriarchal society where men rule the day, but a closer look at the male characters reveals a sound truth: most of them are remarkably weak. Joffrey, while sadistic and vile, did not embody an ounce of courage. He was repeatedly exposed as a coward. His successor, Tommen, is beholden between his mother and his wife, clueless in his role as King. An earlier King, Robert Baratheon, was plagued by incompetence and short-sightedness. I mentioned Theon Greyjoy earlier; his character smacked of inner weakness, punctuated by his miserable descent into the lifeless ‘Reek’.

None of these characters are pilloried in critical commentary to the same degree which befalls Stansa Stark, whose character is a seeming effrontery to women who protest that producers would dare present a character that might not live up to their feminist ideals.

What also needs to be considered is authorial intent. Viewers are hardly being led to admire a character like Ramsay Bolton. In fact, with his every action he disgusts us more. The rape scene is intended to shock, sure, but we are shocked into revulsion at the depth of this villain. No one would suggest that his action is painted as something to be celebrated. Likewise, Joffrey’s character was a lesson in the dangers of power being bestowed to those lacking a modicum of empathy. Justice found him in the end, as it will find Bolton.

Any criticism of the show’s treatment of women is borne out of a shallow reading. There’s no doubting that Westeros is a world of ingrained patriarchal traditions and customs, but it would seem that many key female characters’ sense of empowerment is ascending and they are navigating their world with increased authority. Cersei Lannister is the real one calling the shots at King’s Landing, locked in a gripping power struggle against her Queen, Margaery. Meanwhile, it’s only a matter of time before Daenerys wreaks absolute havoc in her quest for power.

Modern television: an offering of dopiness and cruelty