Over the past few years, ISP options have been flowering all around Australia. A once Telstra dominated nation is now open to other Internet providers large and small, and with the implementation (slow and underwhelming as it may be) of our National Broadband Network, it’s great to see that we have the power of choice when it comes to our online provider and the ability to deal hunt to our hearts content. So it’s with a lump in the throat to read today, that TPG are purchasing iiNet for a staggering $1.4 billion,  setting them up to be a dominant ISP in Australia. This….isn’t great. Here’s why. 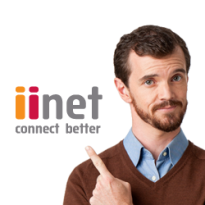 I was an ex-iiNet customer for the better half of four years and have nothing but great things to say about them. I experienced very minimal downtime, all of their technical support and customer service was Australia based, their monthly fee was more than acceptable and the only reason I jumped ship was due to their company policy of not matching competitor pricing. I’ve regretted it ever since. Having technical support based in our country? Marvellous. You’d think that not shipping jobs offshore like most other providers would be a detriment to the company’s bottom line, however since 2011 iiNet have praised themselves as being  Australia’s second largest internet provider, only recently slipping to third.

TPG on the other hand have no belief in this as the majority of their contactable positions are based in the Philippines, which gives a pretty clear indication that iiNet’s services will now go the same way. Tiptoeing around any racism here, but the ability to talk to a fellow Australian about your technical issue is invaluable, and it’s scary to think that customers have now lost this diamond in the rough.

As Australia’s third and fourth-largest broadband players, iiNet and TPG, currently compete strongly for broadband consumers in every geographic market in Australia, with offerings that are substantially different from those of the largest players, Telstra and Optus. A merger of the two companies would leave Australians with markedly reduced broadband choice and in future push us towards an Americanised system, where there’s only a handful of providers that consumers are forced to choose between, significantly reducing any competitive pricing.

What iiNet Stands For

Despite everything else, the biggest thing we all lose with iiNet’s departure is their moral integrity. To quote Reddit user ‘FreakySpook’:

TPG is none of this, and apart from the gutting and offshoring of iiNet groups customer services we will see which will see the loss of jobs, wider community will unknowingly lose one of their biggest lobbyists of internet freedoms.

There is a glimmer of hope however. As this goes live, The ACCC will begin a review of the TPG iiNet acquisition after receiving a submission from the parties, and public submissions will also be invited. Feel free to have your say.

Why Australia’s war on piracy is failing

10 reasons why supporting Geelong was the best choice