The AFL have punished Sydney for following their rules 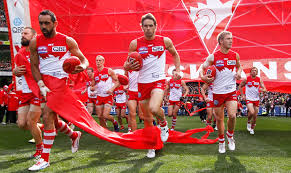 Sure, the COLA (Cost of Living Allowance) is outdated and inherently unfair to the AFL’s other seventeen clubs, but the League’s trade ban on the Swans is astounding.

Sydney now find themselves in the same league as Essendon, Carlton, Adelaide and Melbourne. Each club sanctioned during the past few years for misdemeanours ranging from drug use, salary cap cheating, and tanking.  Each club copping their fair whack in the form of hefty fines and draft bans. Now Sydney are being whacked with the AFL’s cane for…..wait for it……following the rules the AFL set out for them!

Swans CEO Andrew Ireland said it perfectly: “As you’d expect, the club is very disappointed and we don’t understand why the AFL has made this rule specifically for us considering we’ve complied with their rules,” Ireland said.

Whether or not the COLA is a good or fair allowance is a different matter for discussion. What’s concerning here is the AFL not following due process and bringing the game into disrepute. It’s true, according to reports, that the Swans were informed about the phasing out of the COLA earlier this year, yet the subsequent trade bans associated with the ruling seem to have hit the club’s board for six.

Talk about bringing the game into disrepute. Michael Voss summed it up perfectly:

“For following the rules the Sydney Swans have been treated like Melbourne for tanking, Essendon for breaking the drug code and Adelaide for draft tampering.

“The Swans have been sanctioned for something that has been given to them by the AFL. This is the thing I can’t fathom, how the AFL has sanctioned the Sydney Swans for following the rules that they gave them.”

Exactly. While few clubs or supporters will grant the Swans sympathy, due to the unpopularity of the COLA, questions should be asked about the AFL’s methods here. Either the Swans have staged a very good media campaign to give the impression that they knew nothing of this ban prior to the last fortnight, or the AFL is acting like a bitter child after being blindsided by the Swans in last year’s Buddy Franklin deal.

About these ads
Article Categories:
Sport

Are parents sharing too much online?